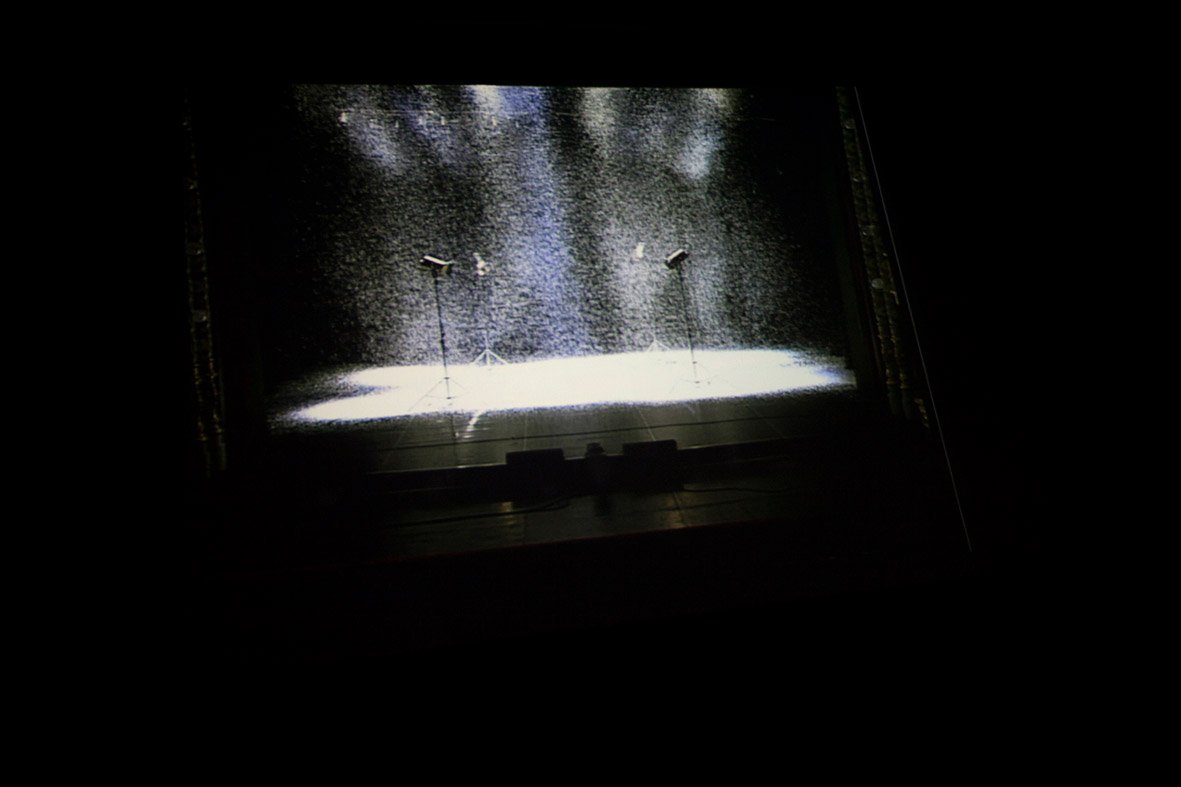 In her installation Poljak focuses solely on the motif of snow; she arranges and films falling of the fake snow, lit by reflectors on a theater stage. This silent, uninterrupted footage of the snow falling and gradually covering the stage becomes a poignant, poetic metaphor.

The work is titled as an homage to Slavko Štimac, famous Yugoslav actor who started his successful career already as a child. Through his roles Štimac embodied the entire ideology of Tito – communism, socialism, Yugoslavia, brotherhood and unity. Renata’s generation was growing up with him, believing in the same ideals he was fighting for on the screen. Štimac starred in the film Train in the snow that narrates a story of solidarity and collective responsibility of the children acting together while self-organizing in an effort to dig out a train stuck in the blizzard during the school trip. The movie gained a large support within the agendas of Yugoslav youth organizations, influencing generations of people growing up in Yugoslavia. Štimac’s position of a star fell apart after the breakup of Yugoslavia, as one cannot be a film star in the country that doesn’t exist any more. This Hommage goes to all the actors and TV workers who presented the reality that it once was.

Renata Poljak’s body of work is composed of different medias: photos, neon, installation, videos and film. Her work has been exhibited widely, on solo and group shows, biennales and film festivals. She received several awards among witch the Golden Black Box Award for Best Short Film at the Black Box Festival in Berlin 2006 and THT Award from Zagreb Contemporary Art Museum in 2012.