What is democracy today, what does it imply and what are the most important inscribed concepts without which democracy cannot function? Is democracy possible? Is there an alternative to democracy? What is the optimal form of democracy? These questions are fundamental for the project Performing Democracy which is motivated by our need to discuss these issues, creating a space for a dialogue as broad as possible on the state of democracy. The project was developing in two phases.

The first phase was realized in Serbia and after its conclusion organisations DokuFest from Kosovo and Kontrapunkt from North Macedonia joined the project team.  Motivation for enlarging the scope of the project is based in our belief that we need to rethink the notion of democracy and confront the challenges we are all facing today beyond strict local borders. Thus we have decided to join with partners from Kosovo and North Macedonia and broaden our investigation in the contemporary notion of democracy.

Constructing a collective participatory artwork in collaboration with citizens across three participating countries, the project aims to rethink the complexity of the current moment, investigating if we can discuss the meaning behind concepts such as tolerance, responsibility, solidarity and justice? Can we discuss these questions with people of different opinions? Can we talk about these issues with those who do not share our views, convictions and values?

We started from the belief that the current moment demands not only the restoration of dialogue and the possibility to confront different standpoints in the public space, but also a new level of collective imagination which implies heterogeneous positions and standpoints. We tried to include interlocutors from throughout Serbia, Kosovo, and North Macedonia who have different interests, professions and living conditions. Their thoughts were recorded as short video statements. Trying to include in the dialogue interlocutors with different experiences, as well as those coming from different poles of the ideological spectrum, we talked to representatives of civil initiatives, movements and organizations, with representatives of political parties which accepted our invitation, as well as with our fellow citizens, many of whom we were meeting for the first time. Many collaborators displayed great confidence in us, welcoming us into their homes to share with us their valuable thoughts.

From the beginning of our work on the project at the end of 2019 in Serbia, to finalizing the video-recording of statements in North Macedonia and Kosovo two years later, together with the entire world we faced a health crisis which challenged all habits and postulates that had been determining our ways of living until early 2020. Very soon the pandemic started to evolve into a social, political, and economic crisis of which we are yet to comprehend the consequences. In such unforeseen circumstances we talked to 62 groups of citizens, initiatives, activists, professional associations, and political parties, aiming to discover how both democracy and the future are understood today. The answers we heard were extremely heterogeneous and ranged from the viewpoint that the “essence of democracy is the engaged citizen, dedicated to public welfare” to the standpoint that “democracy is a wrong idea due to human nature which cannot function in such a system”.

Please choose subtitles by using the SUB option positioned in the lower right corner of the video screen. 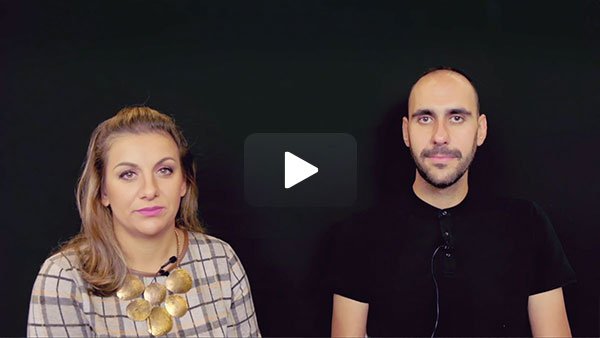 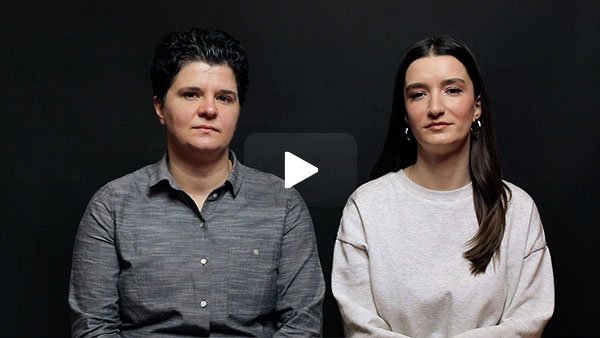 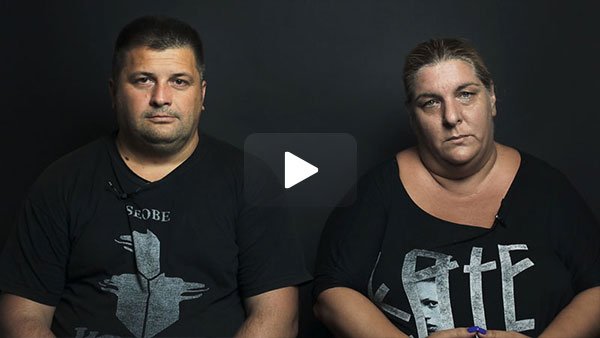 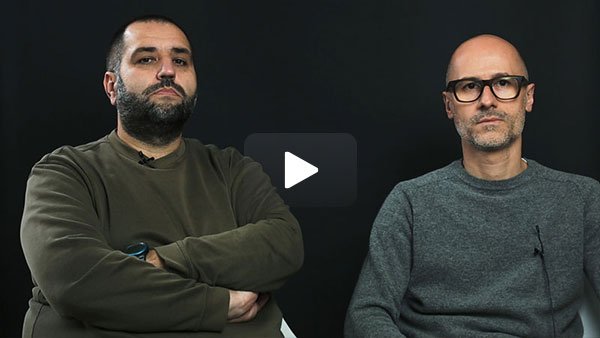 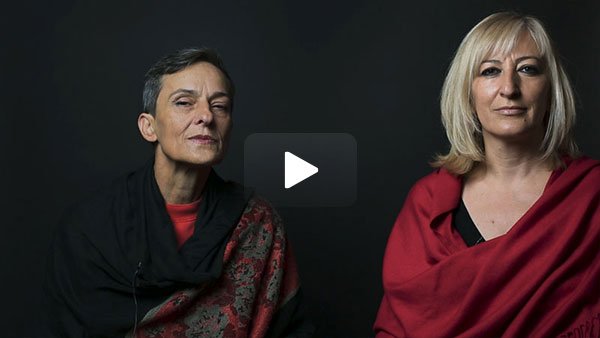 Marija Perković, worker and Dženeta Agović, activist and president of the Impulse organization from Tutin 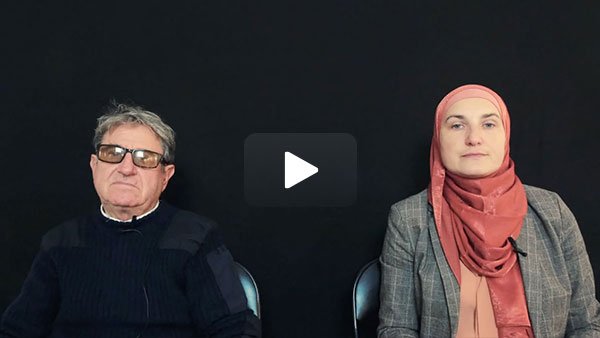 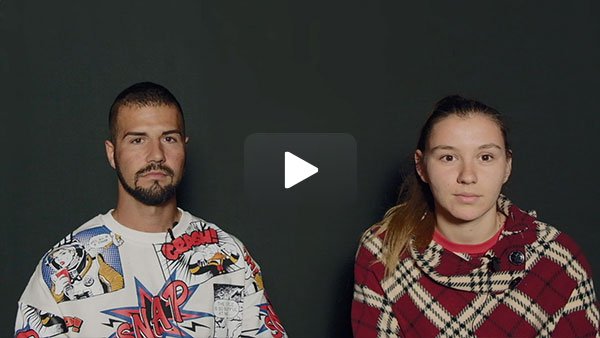 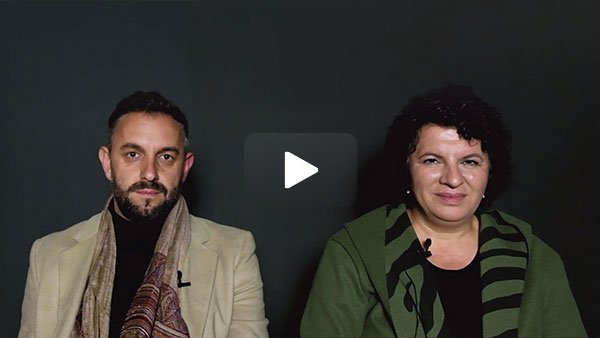 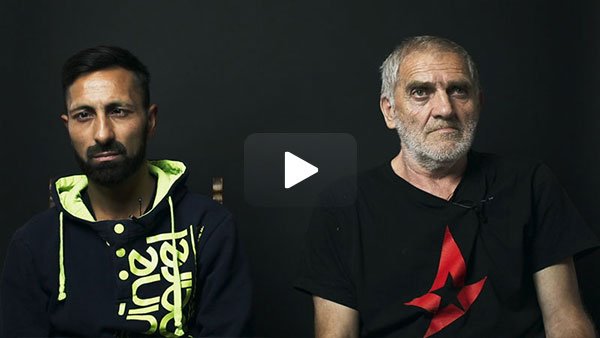 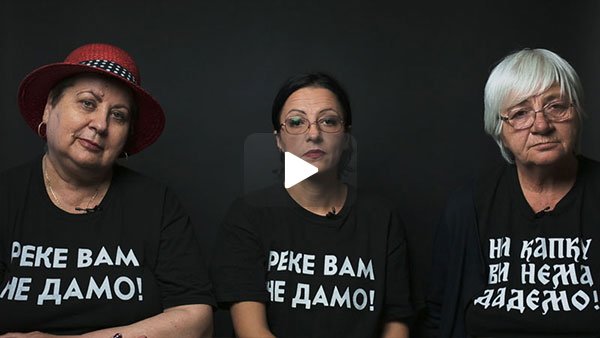 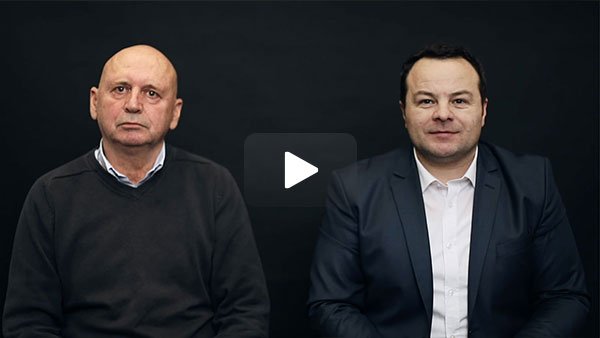 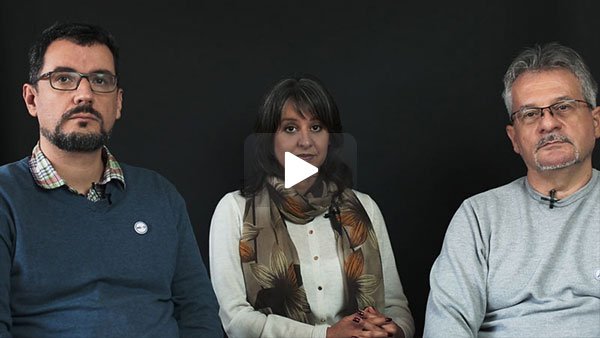 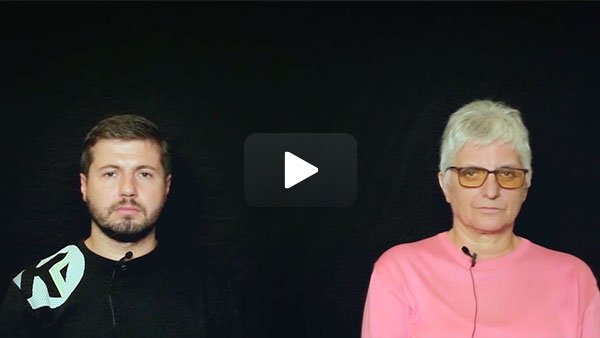 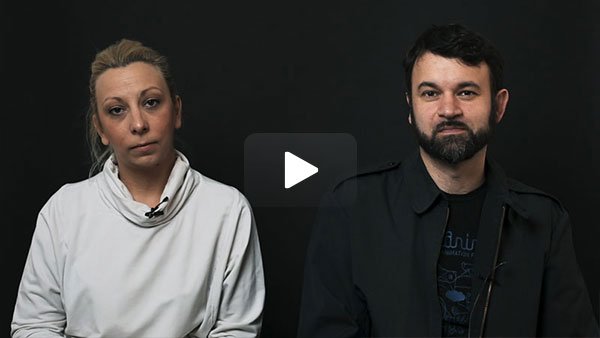 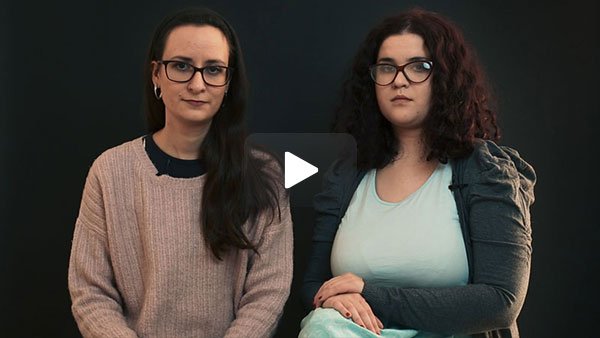 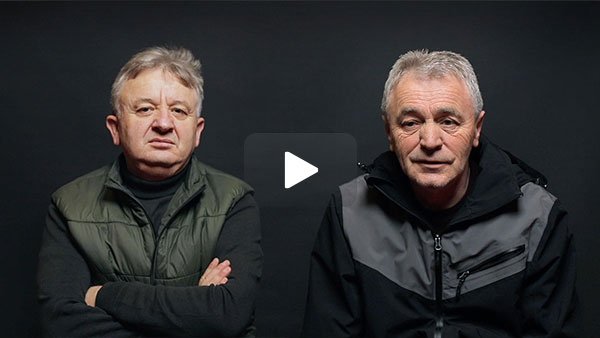 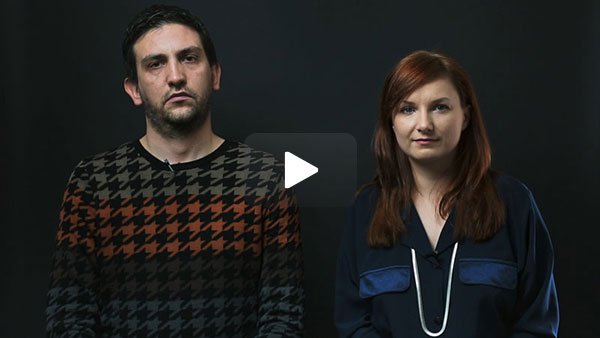 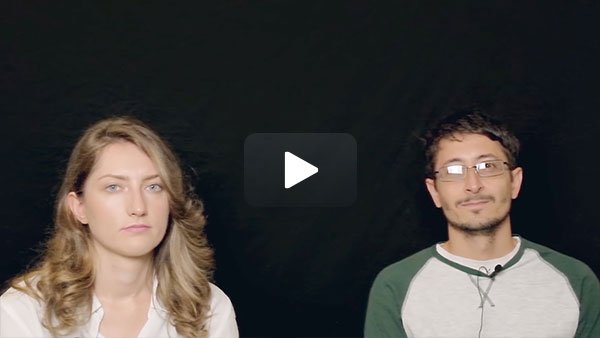 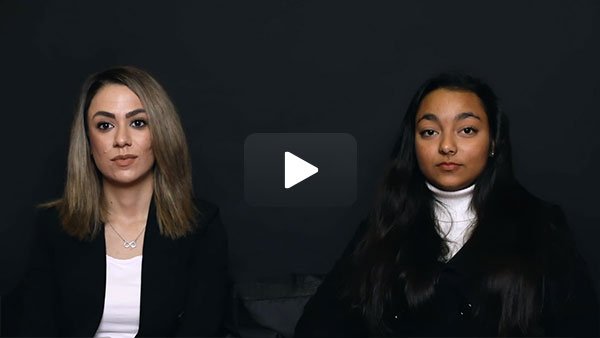 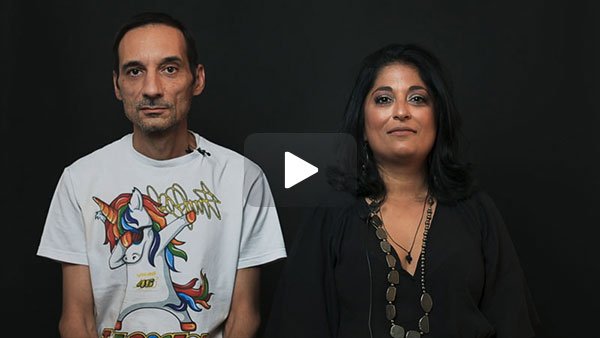 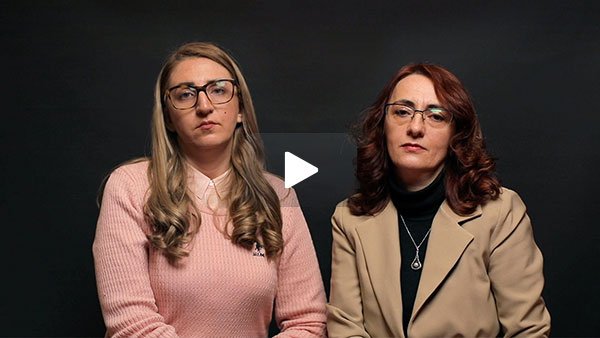 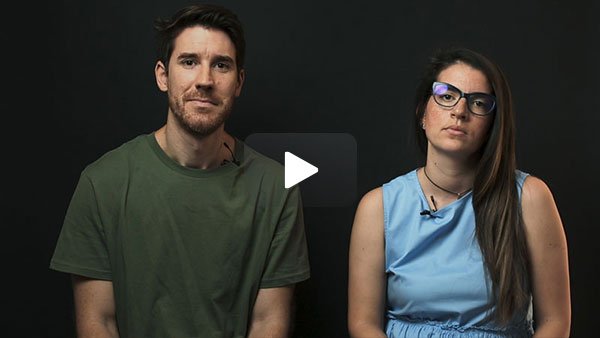 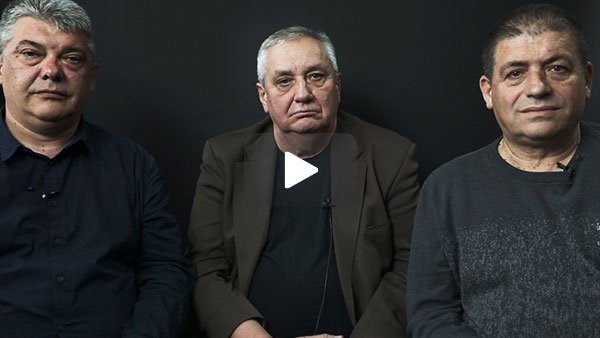 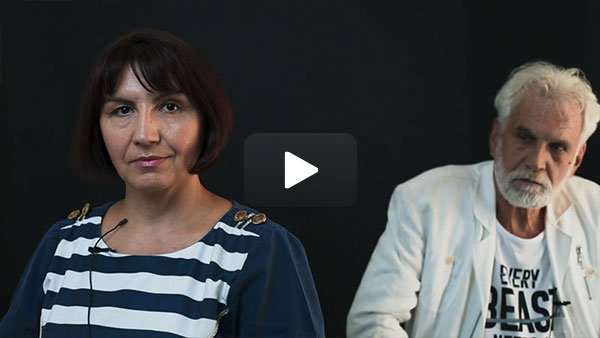 Having experienced sincerity and openness from all participants in this dialogue we feel obliged to think of new open experimental formats within which discussions about democracy could become open to broader participation, as an act of collective rethinking and conceptualization of alternatives. It is exactly this task, the imagining of a format which would enable space for free participation of all those interested, a space for dissensus and discussions, for the experience of sharing and developing collective imagination, that represents the biggest challenge moving forwards as well as the focus of the second phase of the project. We believe that nowadays it is important to develop such a space within the field of art which is building its transformative potential in resistance to dominant models of production, norms and narratives, exercising its capacity for imagination, common experience and free play. This is where the notion “performing” comes from. On the one hand, it indicates that democracy is a collection of norms and agreed rules which regulate a society; on the other, it indicates our possibility to actively ask questions and seek for answers, confront our ideas, proposals and possible alternatives to dominant narratives and norms – and actually “perform” possible spaces of collective imagination within which alternatives can be freely considered and agreed upon. The Performing Democracy asks questions: Can we think of an alternative which would respond to actual challenges created by the pandemics, climate changes, growing inequalities, migrations, war? Can we collectively deliberate on and create new ideas, within and beyond existing divisions? Can we nurture empathy beyond our own interest groups and can we recognize our own interest in the idea of commons or collective? And how do we shape spaces within which we can negotiate, talk, test, make mistakes, learn from each other, perform and create ideas and concepts beyond dominant narratives; spaces which enable us to experience alternatives? This project offers one of the possible platforms within which different ideas are articulated and brought to the public.

After concluding first phase of the project conducted in Serbia we faced the question how to use the recorded material not to give a diagnosis but rather as a tool with which to open constructive dialogue on the common future? An important indicator to this effect came from students of history, sociology and political sciences who commented the recorded material. The motivation for the inclusion of students after the first phase of our research originates from the need to temporarily intervene in the practice of these academic disciplines, reducing the distance between scientific analysis and everyday life, the “objective” and “subjective”, the scientific method and artistic approach. The decision to invite students to participate in this dialogue is also the result of our sincere curiosity to learn more about the thoughts of young citizens in Serbia, those who are often considered as being ambivalent toward the issues of society or politics. At the same time, these are our citizens who, to quite a large extent, are not burdened with direct experience of the history of disintegration of our common state, following the wars and changes after the 5th October 2000. Similar to all other participants in the project, students who answered our invitation, in cooperation with their professors Dubravka Stojanović, Ivana Spasić and Djordje Pavićević, in their written comments demonstrated everything but apathy and lack of interest in relation to democracy and the current state of our society. 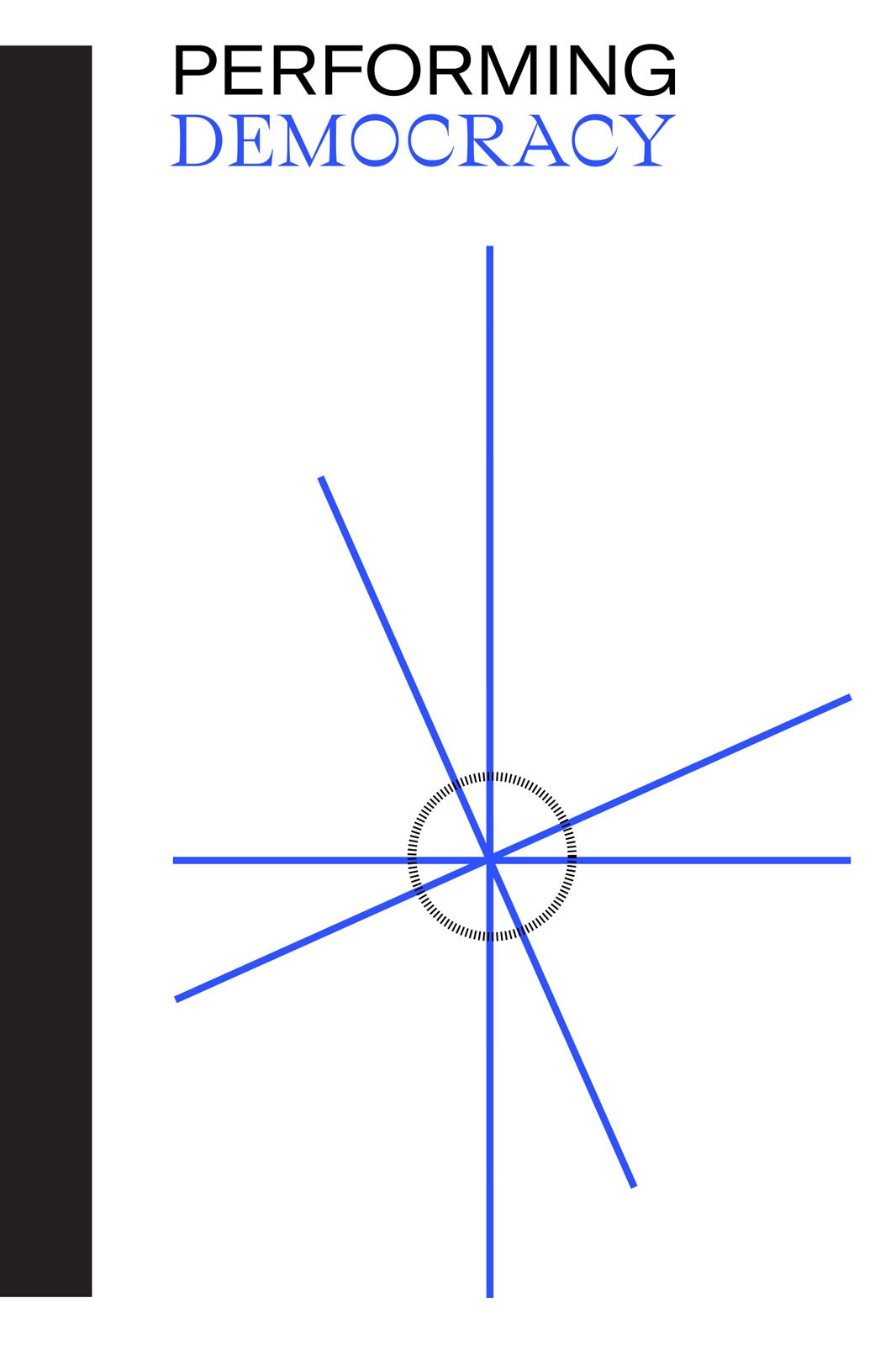 Watch a video of the online event

We would like to thank all project participants on their goodwill and readiness to share with us their thoughts on democracy. We want to give a special thanks to our dear colleagues and friends who helped us with their expertise during the working process, but also recommended or introduced us to new participants and hosted us in their homes and working spaces: Andrea Brbaklić, Iva Čukić, Zoe Gudović, Gjorgji Klincarov, Neda Knežević, Radomir Lazović, Galina Maksimović, Iva Marković, Tanja Marković, Branislav Markuš, Jelena Miletić, Nebojša Milikić, National coalition for Decentralisation, Nana Radenković, Irena Ristić, Sofija Ristevska, Tara Rukeci, Jelena Simić, Branislava Stefanović, Igor Trpcheski.

Performing Democracy project was initiated by Kiosk in 2019 and the first phase of research was conducted in Serbia during 2020. In 2021 the collaboration with partners Kontrapunkt from Skopje and DokuFest from Prizren was established and the second phase of the project is a result of this collaboration. 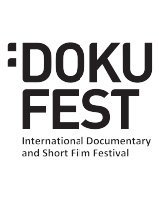 The first phase of the project conducted in Serbia in 2019-2021 was realized with the support of the Balkan Trust for Democracy and Open Society Foundation, Serbia

The second phase of the project conducted in Serbia, Kosovo, and North Macedonia is realized with the support of the Balkan Trust for Democracy, a project of the German Marshall Fund of the United States and the USAID, Allianz Kulturstiftung, and the European Fund for the Balkans.

“The sole responsibility for the content of the project lies with the authors and the content may not necessarily reflect the positions of NEF, EFB, or the Partner Foundations.”