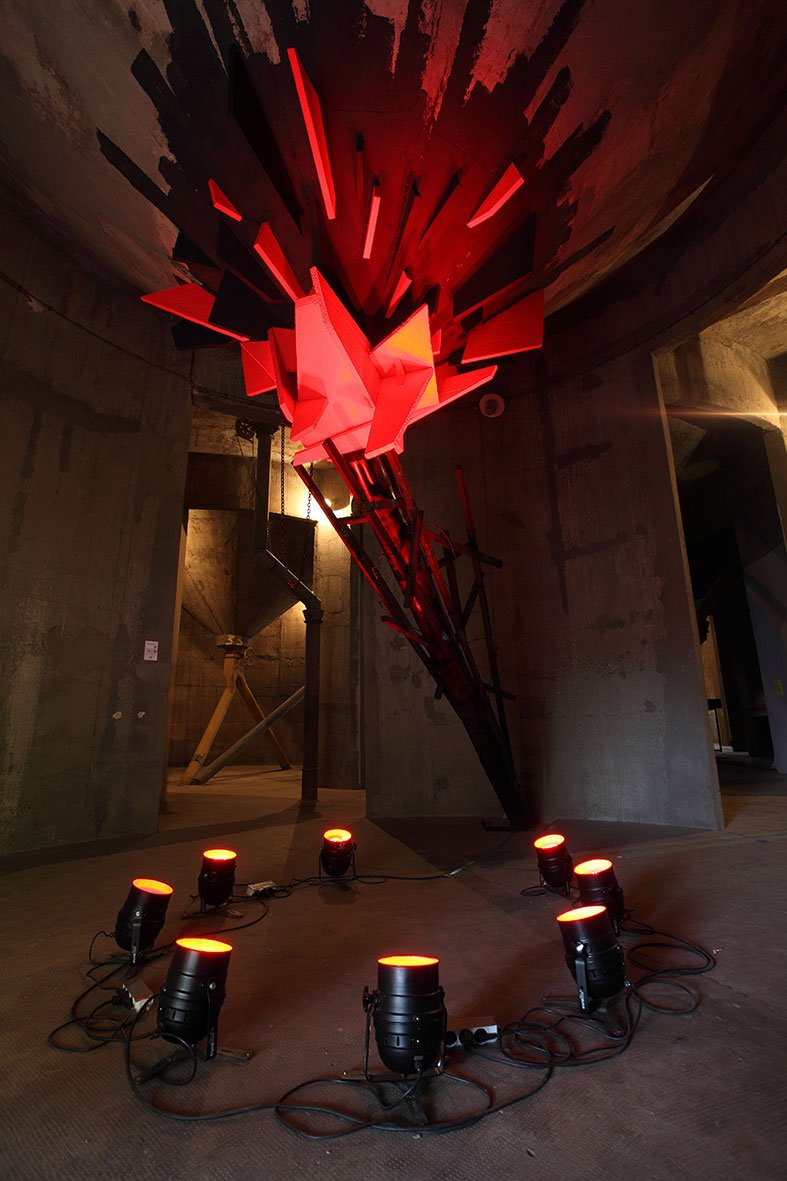 Present meaning of relay of youth is completely different from the one this phenomenom originally held. At the time of the Yugoslav breakdown this former symbol of unity and youth transformed into a symbol of disintegration, destruction and youth’s extinction. The baton’s construction is made of black soot slats and broken wire with flames and a large smoke at the top, which is directly associated with the destruction during the Yugoslav wars. It represents a relay that carries a message of the 1990s events. The Last Day of Youth is at the same time a name and a message of the last relay that symbolizes the end of one state and one epoch.