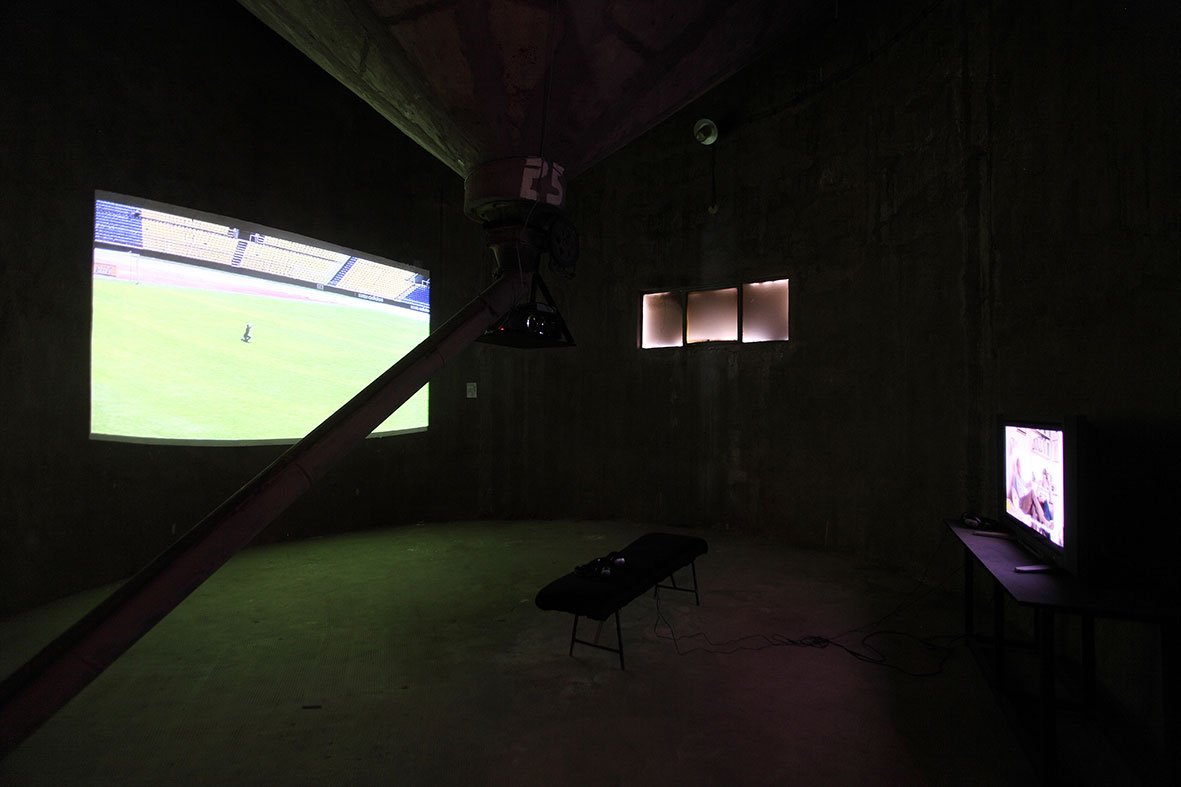 Composed of two simultaneous videos, the work examines individual memory related to the Youth Day through a series of interviews with a group of former citizens of SFRY, both witnesses and actors of that historical moment. The starting point in this pseudo-documentary “search” for individual memory is the generation gap that separates me, as an author, from the historical period to which the phenomenon of May 25 belonged. This “compilation” of memories, shown on a TV monitor, is accompanied by a screening of the Partizan Stadium in Belgrade, the former Yugoslav National Army Stadium, where the closing and main part of the Youth Day event, Slet was held, as an evening “gala” ceremony broadcasted every year. While stylistically imitating the television footage of the Rally, the video shows the stadium in its current state (which almost no longer bears any features of the past), and under daylight – far from the spotlights and festive atmosphere of the former national spectacle. The only moment that alludes to the historical background of the place is my presence while performing parts of choreography from different Youth Day celebrations in the center of the stadium. The performance presents a kind of authorial commentary that emphasizes the autobiographical profile of this artistic investigation of the May 25 phenomenon. But in part it is also an ironic gesture that seeks to emphasize the “task” of the work itself as an impossible mission – attempt to find and transmit direct individual experience along with that which is “true” in the collective experience defined (and thus limited, condemned) by the past and inevitable historicization.