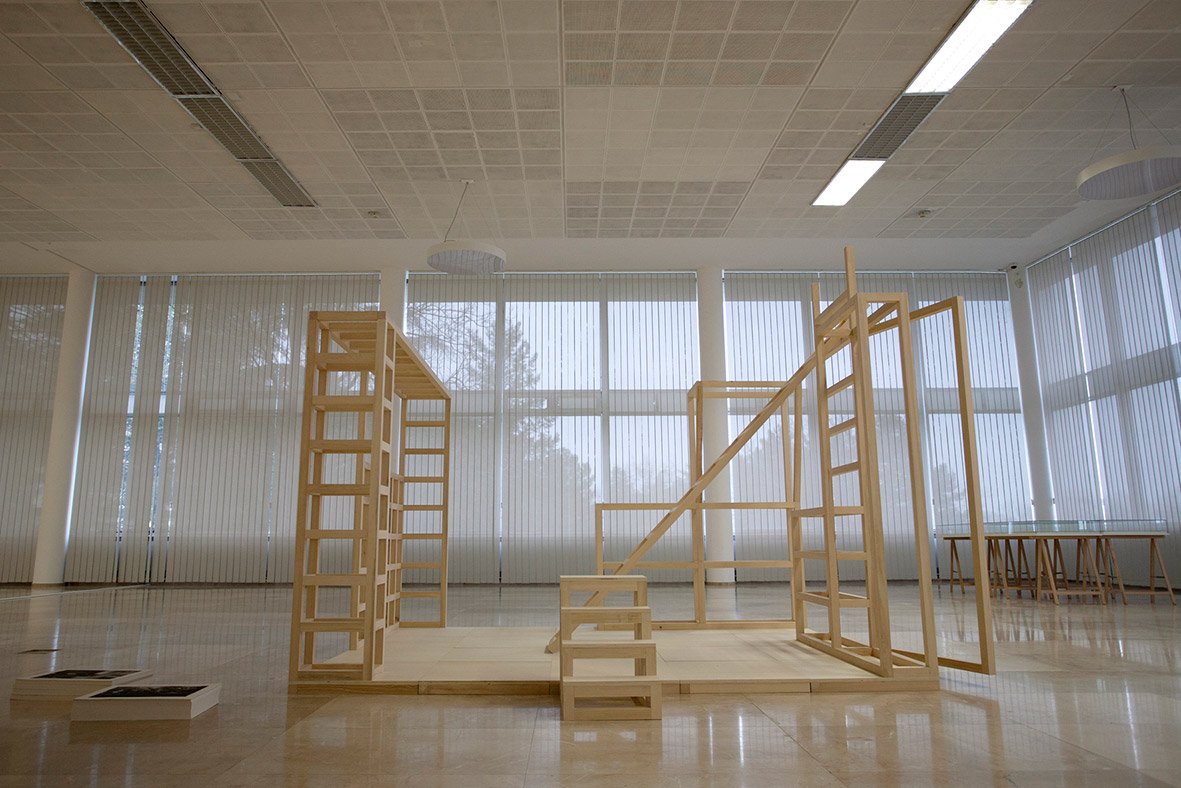 Environments depicted in photo-albums of the archive of the Museum of Yugoslav History, whether they be classrooms or playgrounds, project an image of a possible future. One has to question if the implementation of an ideology went hand in hand with the development of very specific stylistic and aesthetic rules. Modulus translates design presented in the albums, rescales their elements using a set of basic components and places both a child and an adult within this new environment. The architecture seamlessly transforms into a playground, into a toy, then into a piece of furniture. The borders are blurred by a formal continuity of modular shapes. The installation, built from identical wooden beams, functions almost as a technical drawing. It is a sort of architectural sketch in a certain space. We only see lines suggesting where elements are located. Everything stays transparent and the functions are merely suggested. As one completes the image in his/ her mind, he/ she can start to imagine a possible life within it. But however vivid the image becomes, one realizes that the structure can never become a fully functional space.

The issues Dušica Dražić explores within her art practice deal with the ambivalent interrelationship of the citizen and the city, their mutual support and protectiveness, but also their isolation and destruction. Dražić searches for spaces of irregularity, difference, flexibility rethinking them at the level of cultural continuity, symbolic irregularities and individual actions. She looks for, works with and collects traces that show how culture is constantly being negotiated, redefined and transformed. Beside her artistic practice, Dražić also initiates and curates collaborative projects and exhibitions.