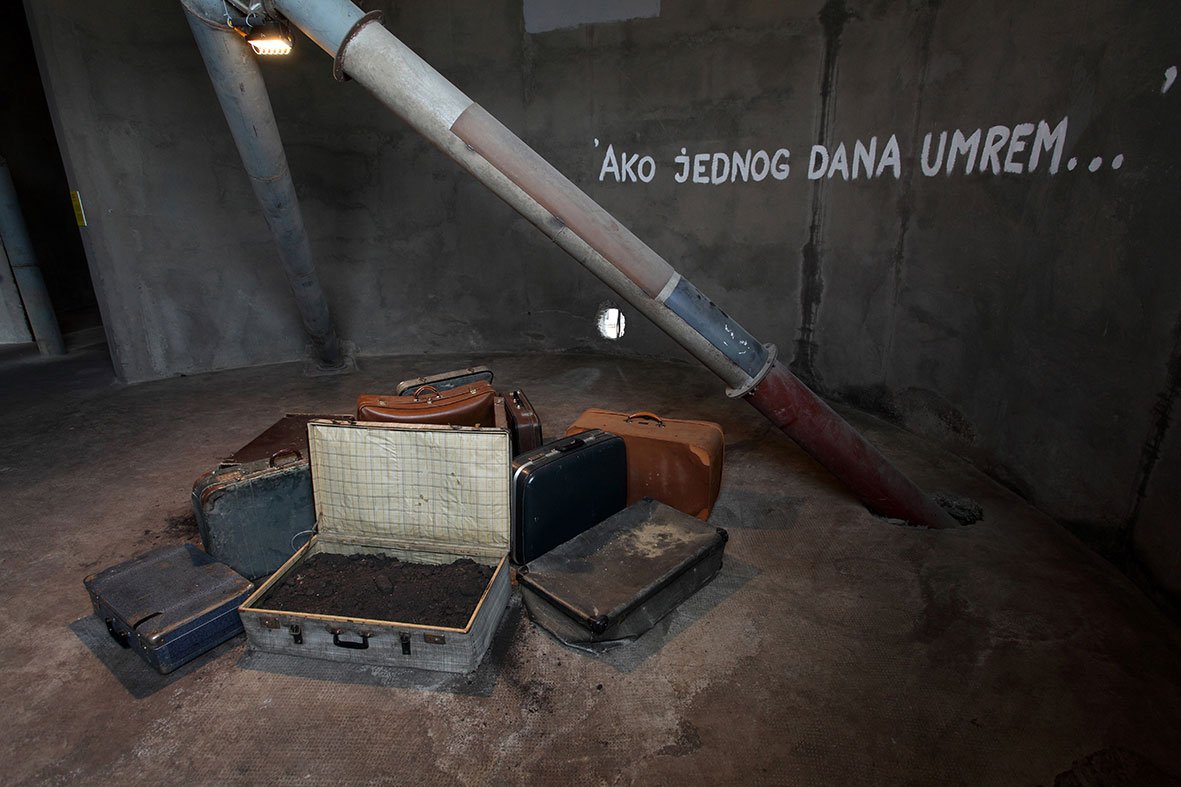 In his speeches, Tito often mentioned this phrase, which is, without a doubt, ambiguous and probably could be applied to any authoritarian regime. The work aims to confront the observer with the question of individual and collective meaning of death, of existential, social and institutional transience (person, collective, state), as well as of the meaning of what remains: land, soil, territory. Another association concerns thousands of young people who packed their suitcases in the post-Tito period and left their country.