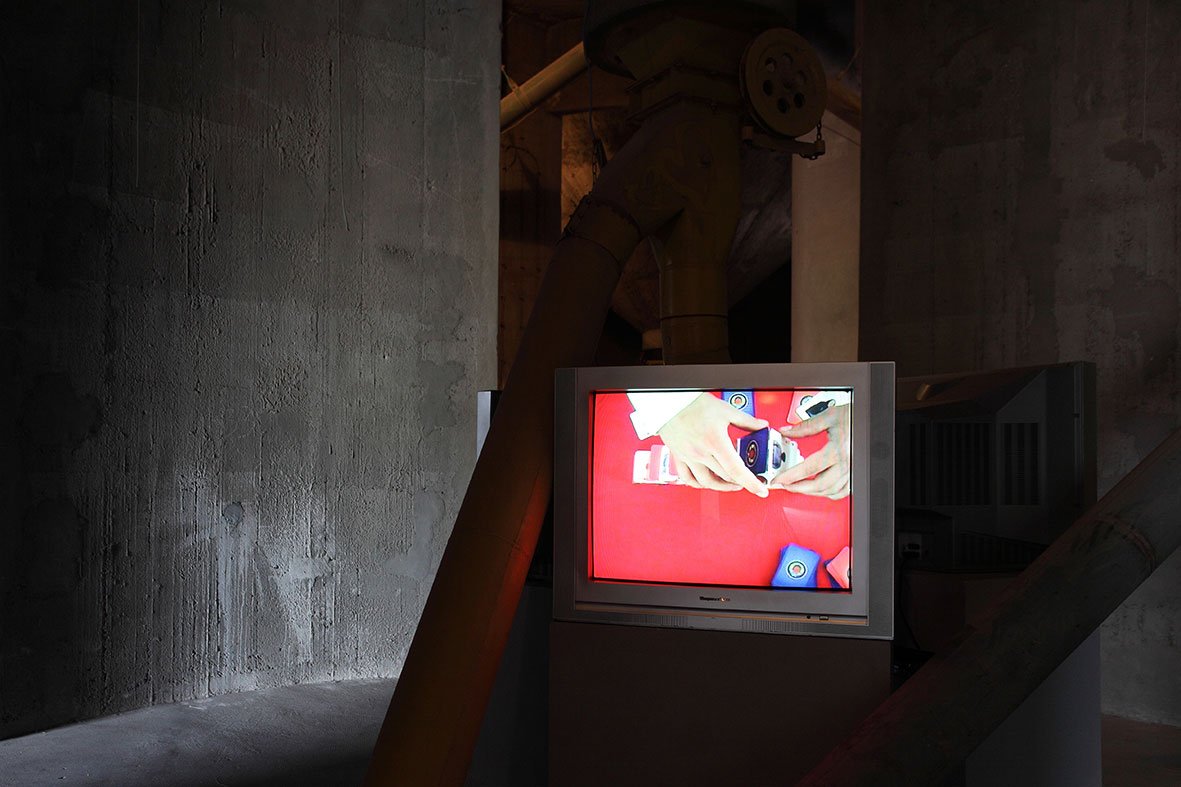 The work depicts a process of building a tower from playing cards and its inevitable demolition, thus representing a metaphor for the construction and deconstruction of the Yugoslav community. Portraits of ordinary people are printed on the cards’ front, while the back features a state symbol. With its form, the cards symbolize the one-sidedness and impersonality that was a feature of every Youth Day celebration, as well as that very time when people’s faces were irrelevant, and that what is depicted now on the back of the cards was constituting their identity as the only condition to survive in the “tower”. The tower of depersonalized collectivism can only be built from completely identical cards, but this equality, loyalty and obedience lead to quasi-altruism, and a catastrophic collapse is inevitable. The figure of the tower’s creator is depersonalized, with only his hands visible, while the motive, the meaning, the goal as well as the creator himself – remain an eternal enigma. What is important is the interactive connection between the cards (citizens) and the constructor (president). Finally, with the very name of the last held rally “Turn on the light”, the absurdity was prolonged to the whole coming wave of darkness and catastrophic events that were to follow in the near future.