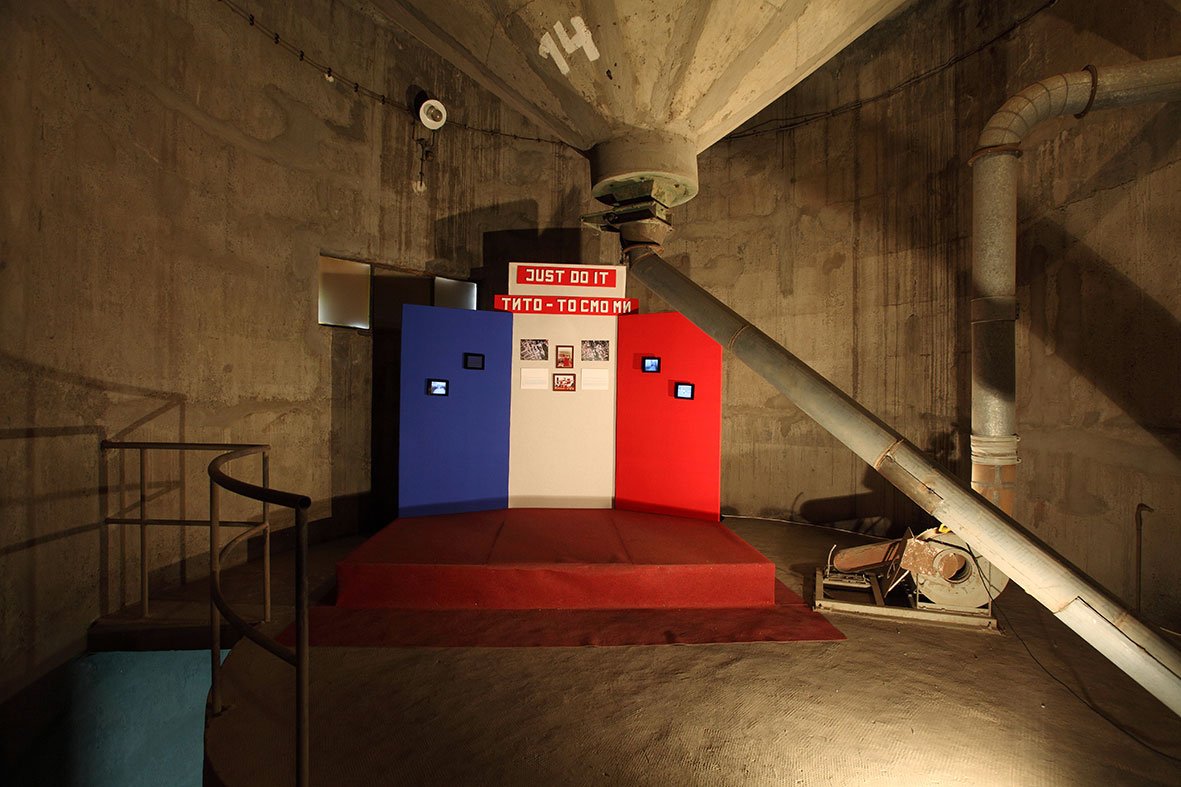 “Tito – that’s us” is one of the slogans used during the opening of the factory “Krušik – precision cast iron” in Mionica in 1980. The slogan was made of letters cut in styrofoam and, placed on a red background, adorned the facade of the newly opened factory. This slogan directly associates me with “The Personal is Political” – the famous essay by Carol Hanisch from 1969; and, although it does not represent the original interpretation of this idea, in a broader context and new understanding, the slogan projects personal, individual onto ideology and its collective consequences. In the context of a small incident that happened during the passing of the Youth Relay through the town of Mionica, which is the main topic of this work, the idea of ​​political as personal from today’s perspective could be depicted by another well-known slogan of our time – “Just do it”. “Just do it” – an advertising slogan for sports equipment is directly related to the video works that are there to illustrate the idea of ​​one man that the relay is actually a race – a sports competition, and nothing more.